A Show of Kindness: Good works? Whatever works. 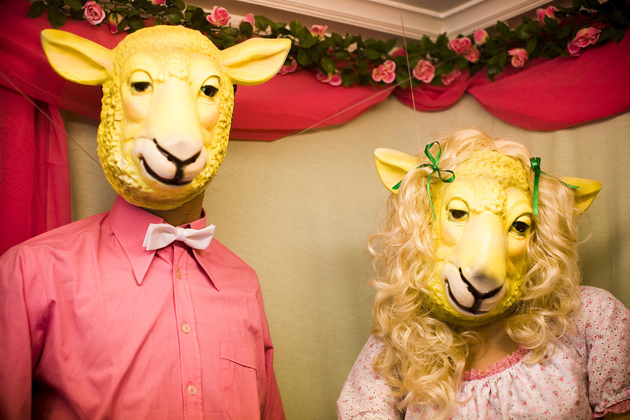 Giving, as the one percent of the One Percent know it, might be diagrammed something like what we all learned in sixth grade science class. The great primordial stew of the ocean. Phytoplankton—green salad at its simplest—floating on top. Slurped up by tiny, translucent crustaceans called krill, which are devoured by bigger fish, which are likewise snapped up by still bigger fish—until the Biggest Fish with sonar technology unerringly harpoons the greatest, most succulent high-value target and proceeds to slice and ship its parts up to, first, the privileged palates of—

Wait: I don’t remember that from sixth grade science class.

The Philanthropy Food Chain is science for affluent grown-ups.

Not so much science with dissecting where and how much to give that margin of one’s abundance that threatens the math of one’s taxable income, but of the emotional ecosystem called conscience. I’m intrigued, for example, by the process by which a number of men of whom I’m aware can aggressively advertise their own intolerance for suffering, against the thick public file of legalities documenting millions of dollars fired at the multiple mothers of their many children to buy expert testimony and unsurprising wins in the courtroom. Who hire private detectives to follow still other women about whom they’ve had second thoughts after one-night stands, love to be photographed at charity balls for society magazines, and hit on young heiresses at the Clinton Global Initiative–all courtesy of the ultimate write-off, their very own nonprofit foundations. What’s especially interesting to me is that their causes especially seem to focus on victimized women and girls.

It took me years to think this through.

Kindness is not a requirement for philanthropy, and there’s an ocean of difference between philanthropy and giving (which I think of not as writing checks to people you never see, but as kindness distilled to its unworldly essence, face to face). Our atoning cad has funded organizations that have fed hundreds of thousands and saved more, including children. Does a Third World family without safe drinking water care about his personal life? If your child is starving, does it matter whose logo is stamped on the bag of rice? On the receiving end of largesse, pure motives have the caloric value of propaganda. Moral relativism is a luxury reserved for people who do not depend on charity, food stamps or Obamacare to survive. Guilt, personal wealth or social responsibility shouldn’t be a condition of generosity any more than having your name slapped prominently on a building, while you’re still alive, is proof of kindness.

I once wrestled—for about four minutes—with the question of whether I should approach Hugh Hefner, through a close mutual friend, for a major contribution to the humanitarian nonprofit I was serving as CEO. Hugh Hefner is famously generous to his ex-wives, girlfriends and other euphemisms. Would I and my organization be forever tarnished by smut money? My do-gooder imagination kept leapfrogging out to the dear ultimate recipients, the families. And was I looking at this all wrong? Rather, could I create an opportunity for Hef to be, strictly speaking, kind? Stopped cold by the flinching memory of that episode where Kim Kardashian and her momager are wearing their most calculated décolletage for a “business meeting” at the Playboy Mansion, with the agenda of persuading Hefner to take the high road and not require Kimmie to take it all off. (As if.)

A couple of nights ago, catching up with my backlog of The New Republic reading, I could feel my brow furrowing into chevrons over the October 7, 2013 cover story, “The Body Man”—how Doug Band, a twentysomething who carried President Clinton’s bags, made sure the Diet Cokes were chilled and basically stood around watching Clinton’s every move, eventually parlayed being a paid tick into a global consulting organization called Teneo which, it proclaims, works “exclusively with the CEOs and leaders of the world’s largest companies, institutions and governments.” He did this by accurately reading Clinton’s emotional idiosyncrasies, at his elbow, through campaigns and crises—exploiting Clinton’s unarticulated ambition for post-White House global influence commensurate with, or superseding, that of leader of the free world.  And, by openly demanding payment for trusted access to Clinton, founded possibly one of the most instantly profitable startups on record.

This is a business model known, the article points out, as “relationship leveraging.” The Clinton Global Initiative, the Clinton Family Foundation, Teneo, countries, companies, players, politicians, takers, users, players, losers, winners, talkers, doers, bag shleppers, billionaires and somewhere in and around and in spite of all of it, good actually happens.

Relationship leveraging—what we prefer to think of as friendship—on this order isn’t fishy; sentimentalizing how the most intractable imbalances and the greatest good are actually accomplished is worse than that, it’s hopelessly naïve.

If it actually gets the relief to Haiti and help for the homeless, I don’t care who gets even richer for it—or credit, tax or otherwise. Good works? Whatever works. Our world ecosystem depends on it.