The Kindness Of Crowds 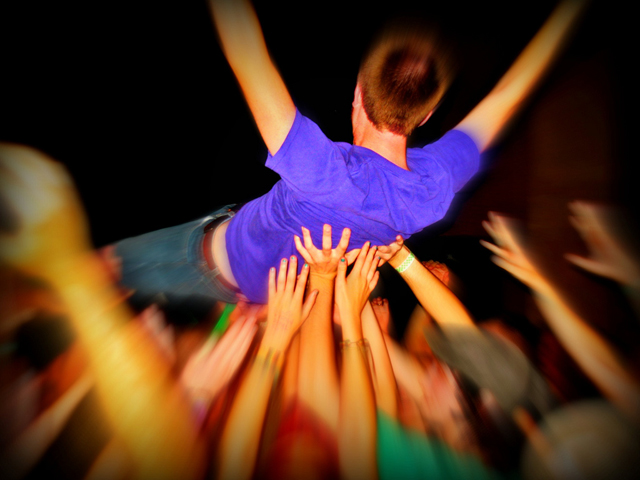 After immersing myself in the study of kindness I have come to believe that people on a whole are fundamentally good.  Stephen Reicher, a social psychologist at the University of St Andrews supports this belief, he argues that people in crowds behave not with mindlessness or madness, but by co-operating with those around them. At the University of Sussex, researchers led by the social psychologist John Drury have coined the term ‘collective resilience’, an attitude of mutual helping and unity in the midst of danger, to describe how crowds under duress often behave.

Mindless irrationality is rare within crowds, but also that co-operation and altruism are the norm when lives are at stake. When Islamic extremists detonated four bombs on London’s transport system during the morning rush hour on 7 July 2005, killing 52 people and injuring more than 770, there emerged many remarkable stories of helpful behaviour amid the carnage and chaos. In the dark, soot-filled underground tunnels, where hundreds were trapped with no way of knowing if they would be rescued, there was little panic and a general sense that ‘we’re all in the same boat together’, as one survivor put it.

Once you saw that crowd, you just felt the tide was on your side. You felt so right. It made people feel fantastic. People were high on it, seeing they were part of such a big group. It was an endless, mind-opening, affirming experience. You saw the evaporation of fear, this elation, because so many people were with you. Those 18 days brought out the best in people. People gave the best versions of themselves.’

Interviewees recalled feeling a strong sense of togetherness during a crisis, and an inclination to help strangers. Without such co-operation, casualty rates could have been far higher.

See also, The Wisdom Of Crowds by James Surowiecki.

Via Aeon. Photo by Mike Krzeszak.