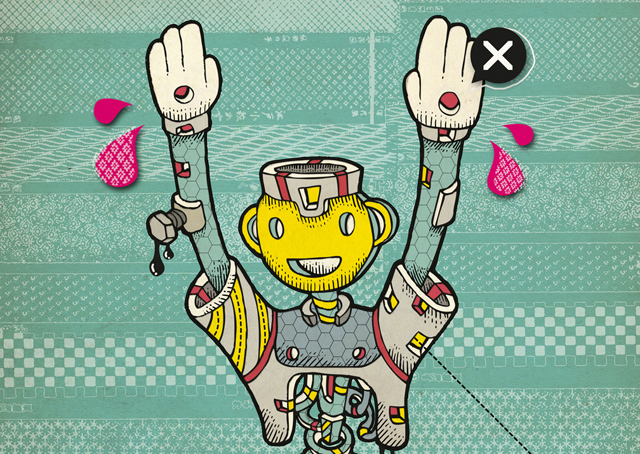 The promise during the 50s was that computers would make it so that people would not have work as hard and usher in a brand new society of leisure.

The reality is far from that. What happened is that we ended up competing against the computers we built and have to work even harder now. Leisure is on the decline.

Computers have made wages drop or stagnate and jobs disappear for most of us and increased wealth exponentially for the few who introduced the technology.

This is because computers have been designed to help the human beings who introduce new technology compete against other human beings with lesser outdated technology. So in effect we have been building “selfish machines”.

Now the big problem comes when these selfish machines we have been collectively building hit the tipping point and become smarter than we are (what we call Artificial Intelligence or AI), human beings will no longer be part of the innovation process. This means all of humanity will now be competing against the selfish machines and that the wealth produced by them will reside with those who introduce new technology – in this case the selfish machines themselves.

Now as I see it, therein lies the problem.

We are building (most) machines with a Darwinian goal – to compete. And competition means inevitably survival of the fittest. And the only end game I see in this scenario, supported by people way smarter than me, is that these machines will be the fittest.

You See since we build the “selfish machines” to help an individual or group of humans compete against other individuals or groups of humans then that code will inevitably be at the heart of any AI program we build.

If instead we build “kind machines” that help ALL of humanity, machines that elevate our species as a whole rather than elevate the individuals who build them, then that will be the code that resides at the heart of AI and then and only then will humanity have a chance.

So now is time to start building “kind machines”, before that choice is out of our reach.