Social Networks and the Spread of Altruism 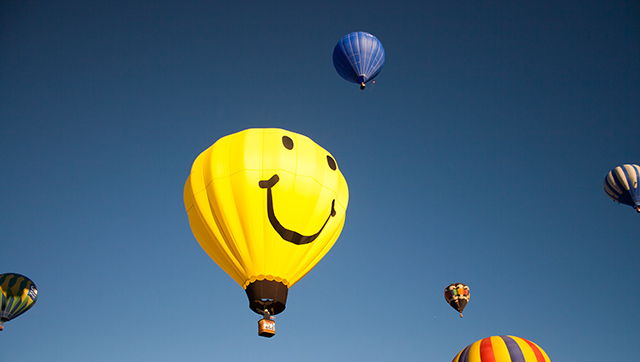 Social networks and altruism are deeply inter-connected.  Each is required for the other.

In research that we have been conducting these past few years, we have explored how kind acts flow across social ties, and how social ties provide the substrate for inter-personal altruism.  If people never behaved altruistically towards one other, never reciprocated kind behavior, or, worse, were always violent towards one another, then social ties would dissolve and the social network around us would disintegrate.  Some degree of altruism and kindness, and indeed some degree of positive emotions such as love and happiness,[i] is therefore crucial for the emergence and endurance of social networks.  Moreover, once networks are established, altruistic acts – from random acts of kindness to a cascade of organ donation – can spread through them.

Charity is just one example of the goodness that can flow through networks.  About 89% of American households give to charity each year, and fundraising efforts often seem designed to capitalize on processes of social influence and notions of community embeddedness.  For example, bike-a-thons and walk-a-thons are organized both to engender a sense of community among participants and to encourage direct contact between participants and their friends and neighbors who sponsor them.  And organizations from hospitals to boy scout troops to small towns employ a kind of thermometer that is publicly displayed and that tracks charitable giving to their cause, implicitly saying: “look, all these other people gave money, now how about you?”  Indeed, surveys of people who have given money to diverse causes find that roughly 80% did so because they were asked to by someone they knew well.[ii]

In one demonstration of the spread of pro-social norms across such social connections, economist Katie Carman studied charitable giving to the United Way in 75,000 employees in a large American employer.  She found that employees gave more when they worked next to generous colleagues.  Cleverly, Carman studied what happened to employees’ giving if they were obliged to move from one location in the bank to another, and she found that when people were transferred from a location where others did not give much money to a location where they did, every $1.00 increase in the average giving of their nearby co-workers resulted in a $0.53 increase in their own contribution.[iii]  There are several possible mechanisms for this type of effect: others around us can provide information about how to give, can pressure the other to give, or can simply act as a role model for giving.

In our labs, we have done a number of experiments exploring the contagion of altruistic behavior through social networks more broadly, creating artificial social networks involving real people.[iv]  We know that if Jay is generous to Harla, Harla will be generous to Jay, in a kind of reciprocal altruism.  But what about “pay-it-forward” as in the Goodvirus project?  What if Jay is generous to Harla, will she be generous to Lucas?  We devised an experiment to evaluate this idea that altruism could spread from person to person to person.  We involved 120 college students in a set of games that lasted five rounds.  In each round, students were placed in groups of four, and we mixed the composition of the groups so that no two people were ever placed in the same group twice.  People could decide how much money to give to the group at a personal cost, and then we let them know at the end of each round what other people did.  When we analyzed their behavior, we found that altruism tends to spread and also that the benefits tend to be magnified.  When one person gives an extra dollar in the first round, the people in her group each tend to give about 20 cents more in the second round, even though those people have been placed in completely new and different groups, with different people!  When a person has been treated well by someone, she goes on to treat others well in the future.  And, even more amazingly, all the people in these new groups from the second round are also affected in the third round, each giving about five cents more for every extra dollar that the initial person in the first round spent.  Overall, we found that the social network acted like a matching grant, doubling the downstream benefits of what each person initially chose to give.

Whether people behave altruistically is also determined by the structure of the social network in which they are embedded.  One ingenious experiment documented a “law of giving” at an all-girls school in Pasadena, California.[v]  The investigators asked 76 fifth and sixth grade girls to identify up to five friends, which allowed them to draw the girls’ social network and ascertain which girls were each girl’s friends, friends of friends, friends of friends of friends, and so on.  They had the girls play a game in which each girl was asked how much she would share from a $6 amount with each of 10 other girls who were listed by name.  The girls were most generous with their friends and the amount given declined as social distance increased.  On average, the girls offered their friends 52% of the $6, friends of friends 36%, and friends of friends of friends 16%.  The best predictor of how much each girl gave was not any measured characteristic of either the givers or recipients – such as whether either girl was tall or short, had many or few siblings, or wore glasses or braces.  Instead, it was the degree of separation between the giver and the receiver.

Our studies of social networks over the years have convinced us that one of the deep purposes of social networks is to magnify whatever they are seeded with.  But they must be seeded.  And if we seed them with goodness, the network will take over, and foster a lot more of it.

[ii] Independent Sector, “Giving and Volunteering in the United States – 2001,” available at www.independentsector.org.