Who’s Smarter: The Selfish or the Generous? 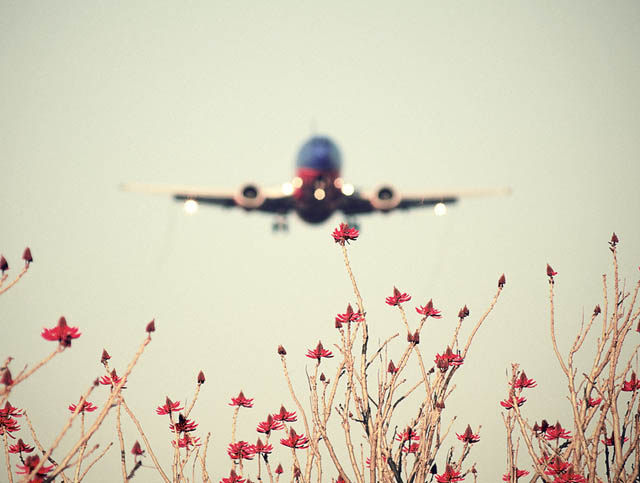 In 1992, a young CEO named Kurt Herwald apparently gave away half a million dollars of his company’s money. His company, Stevens Aviation, had been advertising with the slogan “Plane Smart.” Unaware that Stevens had a copyright on the slogan, Southwest Airlines launched an advertising campaign with the tag line “Just Plane Smart.”

At the time, notes Harvard professor Robert Bordone, neither company was particularly large or well-known. A lawsuit would cost Southwest half a million dollars, and Southwest’s campaign wasn’t really hurting Stevens. Whereas Southwest was targeting consumers, Stevens specialized in business-to-business market in aviation sales and maintenance. Herwald ended up handing the slogan over to Southwest, asking for nothing in return. Was this a wise decision?

Most people say no; a smart person wouldn’t give the slogan away. After all, smart people are shrewd, calculating, and logical—not helpful, caring, and compassionate. To illustrate, imagine that two people, Einstein and Bozo, are about to make choices about giving money to a stranger. Einstein is very smart, scoring in the top 20% of the population on an intelligence test. Bozo is less bright, scoring in the bottom 20%. They both have $4 to give to a stranger. Whatever they give, they lose, but it will be doubled for the stranger. Who will give more: Einstein or Bozo?

When Dutch psychologists asked people to predict whether Einstein or Bozo would give more, their guesses depended on whether their own motivations leaned toward taking or giving. They were confident that Einstein would share their preferences—naturally, the rational choice is the course of action that we ourselves would follow. The takers, who adopted a self-serving approach to the world, expected Bozo to give more than twice as much as Einstein. In the mind of a taker, generous people are naïve suckers; it’s smarter to maximize our own individual interests. But the givers, those who enjoyed helping others, made the opposite prediction: they expected Einstein to give 56% more than Bozo. In the mind of a giver, takers are short-sighted and unenlightened; wise people are willing to give when the benefits to others exceed the personal costs. So who’s right?

In a series of experiments led by the Yale psychologist David Rand, people’s actual choices fluctuated based on whether they had time to think. When they had less than 10 seconds to choose, more than 55% gave. But when they had more time to reflect, giving rates dropped, with fewer than 45% giving. This follows a pattern that Rand and colleagues call spontaneous giving and calculated greed. When our decisions are governed by emotion and instinct, we act generously. When we have time to rationally analyze the options, we become more selfish. At first glance, this seems to suggest that smart people are more likely to take than give.

Kurt Herwald doesn’t think so. Over the three years after he gave the slogan away to Southwest Airlines, revenue at Stevens spiked from $28 million to over $100 million. According to Herwald, his decision about the slogan was a major driver of the company’s success.

Consistent with Herwald’s reasoning, three different groups of researchers have gathered evidence that smarter people give more. Exhibit A: Belgian researchers asked hundreds of people to take a validated intelligence test. They had to solve as many complex problems as possible in a limited time frame. Then, they were divided into groups of four, and had to make choices about whether to take resources for themselves or give them to the group. A quarter of the participants acted like givers, contributing more than 75% of their resources to the group.

These givers did significantly better on the intelligence test than everyone else. The givers scored 12% higher than the others, averaging more than 33 problems correct in 15 minutes—those who divided resources evenly or kept the majority for themselves each averaged less than 30 correct. The givers also did better on another measure of intelligence: reaction times. They were able to press correct numbers on a keyboard faster than the matchers and the takers. Could givers be smarter than takers?

Exhibit B: The economist Russell James carefully analyzed a study of a representative sample of thousands of Americans above age 50, looking for connections between intelligence and patterns of giving. Those who scored higher on intelligence tests were more likely to give money to charity—even after controlling for their income, wealth, health, education, and age.

Exhibit C: Vanderbilt researchers Bruce Barry and Ray Friedman measured the intelligence of nearly a hundred negotiators using quantitative, verbal, and analytical reasoning problems. Then, the participants negotiated the sale and purchase of a property in pairs as buyers and sellers. Barry and Friedman found that the smarter negotiators actually gave more value to their counterparts at the opposite end of the bargaining table.

Why would smarter people give more? This evidence is relatively new, but two related explanations are gaining steam. First, the more intelligent you are, the more you excel at analyzing other people’s interests. As James writes, “people with higher cognitive ability are better able to understand the needs of distant others.” Second, the smarter you are, the more you reject zero-sum, win-lose thinking. As Barry and Friedman explain, “The smarter negotiator appears to be able to understand his or her opponents’ true interests and thus to provide them with better deals at little cost to him- or herself.” Armed with richer knowledge of other people’s needs, you’re able to be more creative in finding things to give to others that cost you nothing—or even benefit you as well.

We can see this skill at work in Kurt Herwald’s decision about the “Just Plane Smart” slogan. By handing the slogan over to Southwest, Herwald was offering a gift that cost him nothing. And by gaining a clear understanding of his counterpart’s interests, he was able to convert this gift into a win for Stevens as well as Southwest. Herwald did some homework on Herb Kelleher, the colorful cofounder and then-CEO of Southwest Airlines. Learning that Kelleher had a reputation for being a ham, Herwald pitched an unconventional idea: instead of going to court, they should hold an arm wrestling contest. The victor would earn the rights to the slogan, and select a charity to which the loser would donate $5,000.

Kelleher agreed, and the two companies staged an arm wrestling match called Malice in Dallas, which attracted thousands of attendees and international media coverage. As Herwald anticipated, Kelleher pulled out all the stops, strutting like a professional wrestler, smoking a cigar, and carrying Wild Turkey bourbon. The two companies donated the $15,000 proceeds to charity, and according to Southwest’s PR manager, the publicity generated by the event was worth $6 million. Although Herwald won the match, he was so pleased with the outcome that he signed the rights to the slogan over to Southwest anyway. Kelleher received a letter from then-President George H.W. Bush: “Just Planeterrific! Your clever arm wrestling with Kurt Herwald was a win/win, not to mention great comic relief.”

Being smart doesn’t mean being the Tin Man, any more than being caring means lacking a brain like the Scarecrow. In fact, intelligence and concern for others often go hand in hand. This doesn’t mean it’s wise to give away the farm. The key is to use our brainpower to make sure that our contributions to others don’t come at the expense of our own interests.

For more on giving and success, see Adam’s new book Give and Take: A Revolutionary Approach to Success, a New York Times and Wall Street Journal bestseller. Follow Adam on Twitter @AdamMGrant and LinkedIn.